Right here I will put different items for sale this could be all kind of things.
At the moment I consider to sell my Mw/K 750, ( It's sold ) the machine is to be seen at my welcome page. I would rather exchange it with somewhat exiting and different. My wish is to achieve a BMW 75 (German military bike produced from 1939-1945) or a Z³nndarp KS 750 (also a military bike) note the picture beneath, however this one is just as hard to get. Both bikes fit 80% spare parts.
So if you now one there have one for sale so contact me.

Yes, I have succeeded in obtaining a Z³ndapp KS 750 which I have had for a while but I will unfortunately have to sell. Now comes a little history, It came to Denmark in 1995 from Ukraine and since it is from 1944, according to the engine number was present at the battle of the USSR (Barbarossa) I think it has been in a duel because the shots at the rightfork leg bear marks of a ball which has touched the right fork leg to the touched the gas tank but it is not something that bothers it, so it must be taken as a reminder, it is driving 2000 km since been a renovation of the engine and gearbox and it is at the same time get plain bearings and a second oil pump because it works better, it has been changed crank, connecting rods, piston and many other things, I have bills from Hommes in Germany, where parts are bought and I still have the parts that were replaced, it is currently running, it's engine number 6155 ** and you can see in Hommes book that is from January to March 1944 was 293 piece sent to the Russian offensive in the Ukraine (Hommes "Detaillierte Beschreibung des Wehrmachtsgespanns Z³ndapp KS 750 page 18) My Krieg elephant is to buy now and price is Ć 19,500 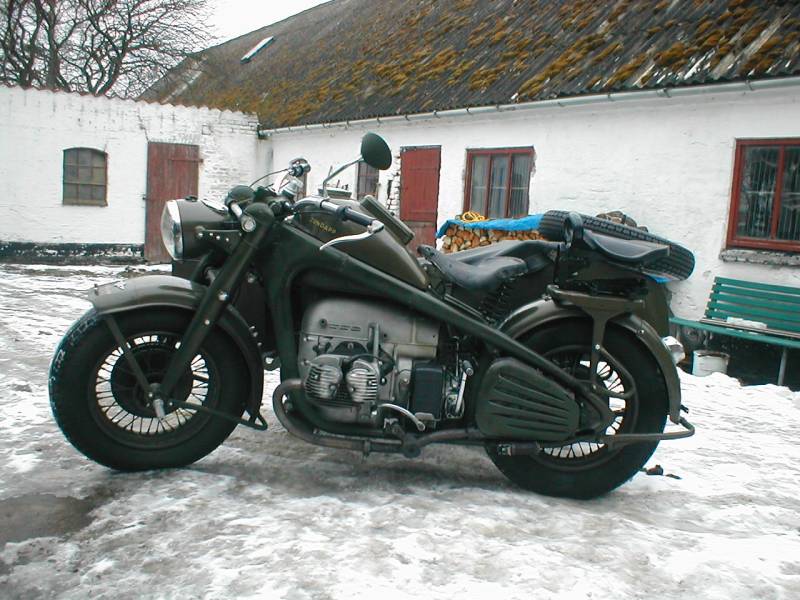 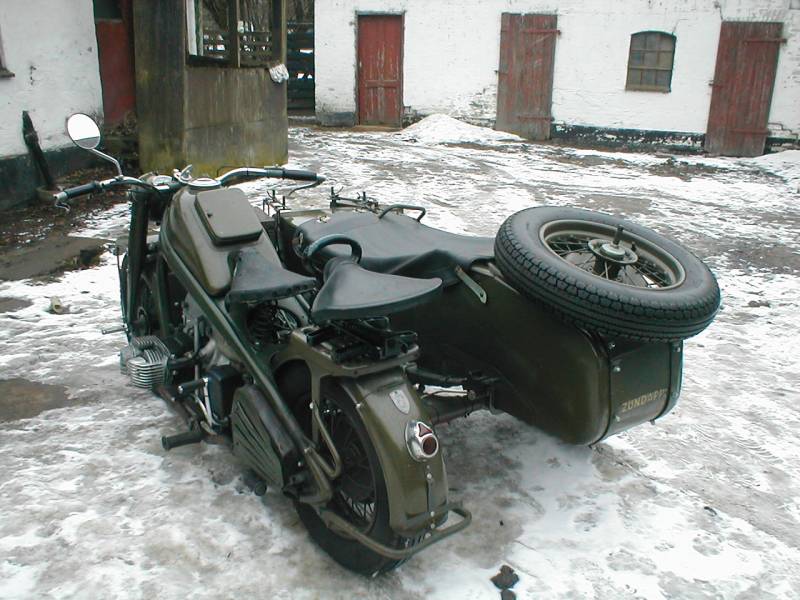 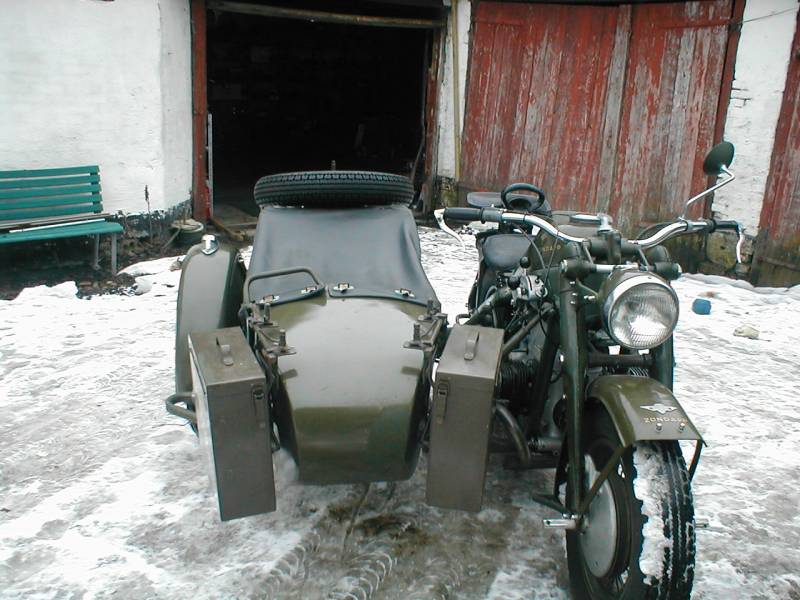 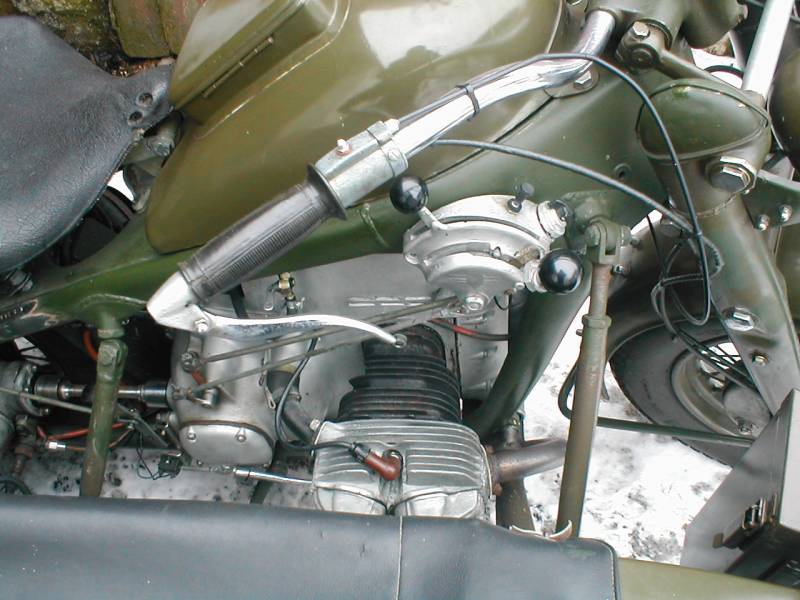 I have a Messerschmitt KR 200 1959 Convertible enrolled in a trade (I love to act, sometimes it goes the right way and sometimes I burn my fingers but have tried a bunch of different things) My Messerschmitt KR 200 is possibly for sale. Swap whith anything interesting Vintage, such as older sports car, like MG-TD,TA.TF or 3 wheeler such as BSA, Morgan or others Goodies like Messersmith Tiger 500, Either with money or swap with some exciting things.

It is very healthy and in a very good condition and if you have first tried to run a general Messerschmitt on a sunny day, you will understand that it at great advantage to be able to take the hat off and enjoy the smell and the weather, it obviously not quite cheap, so many convertible are there's not made in relation to the ordinary fixed-roof but it is also an investment, it will never be cheaper, on the contrary, ans so is the cheapest in insurance, liability and road tax is approximately, it is equipped with 4 gears and 4 reverse gear, if you want to drive backwards you have to stop the engine an press a switch down in order to change the starting motor direction ( a two stroke can both run backwards and forwards as there are no valves) and then start again and then can you run backwards, voila

My starting price is 18.050 Ć it has something to do with whether it is cash el. barter with others.

This link show you 1 of 3 HD-Video on Youtubes http://www.youtube.com/watch?v=FtnqQW_EWlc

I also have an Heinkel from 1962 it is in very good condition.

The Heinkel Its sold to Karl from Belgium. 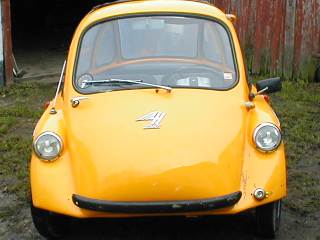 I have worked with The story of my Harley Davidson . It has a black old Danish number plate. It was bought in 1931 and comes from Frederiksberg, For a lot of years it was riding down on Lolland - now it runs in Roskilde. I have pictures of it from the 50 and later. I have had if for 18-19 years, I have been all over Europe - so it have been working, as I bike all year through.

It is nicely kept in the engine. I have opened it once to install a new crankpin and at that occasion I put in new Ferguson linings and replaced the alloys pistons with Opel P1 pistons, as they can stand op for it - however something has happened since the 30ies. All together it is a strong and good running bike. Also take a look at Stevens homepage, some time ago one like this was sold for $ 22,000.- (in 2002 dollar) that was without windscreen and the original Corbin speedometer. The address for Stevens Slocombe page is http://www.vlheaven.com/new%20bikes.html, it is like the first bike from the top, Model V 1930 - as you can see, the prices are increasing.
If you have interest in Harley from 1930 to 1936, I can highly recommend Steve Slocombe book, buying, restoring and ridding a VL, it is a must for VL freak.

The Jawa is sold. 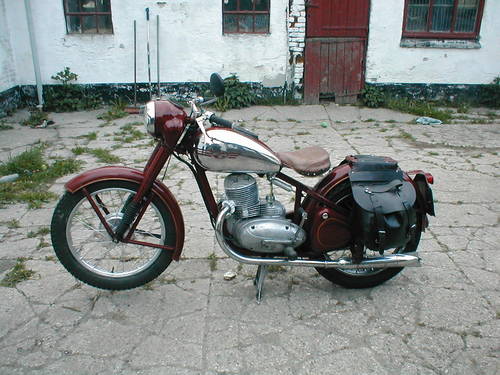